R4W: How long have you been running and what got you into it?
Tom: I played basketball and tennis in high school. I didn’t start “running” until my late 20’s.

R4W: How do you stay motivated when you don’t want to run?
Tom: It’s rare that I don’t want to run. But on those days, I convince myself that I’ll feel more into it after a mile or two, and usually that’s the case.

R4W: What animal would best describe your running form?
Tom: No response – I really have absolutely no idea.

R4W: What has been the funniest thing that has happened to you preparing for, during, or after a run?
Tom: One of the more embarrassing moments happened a couple of years ago at a 50K. It was around 5 degrees at the start. About six miles into the race, I reached the aid station and headed towards the porta-johns. I went to the first one that had a green sign (not occupied) and whipped the door open only to find it occupied. I apologized profusely and moved to the next one that appeared unoccupied and the same thing happened. After finally finding a free porta-john, I quickly learned that with the cold temperatures, all of the door locks had frozen open.

R4W: What do you think about when you’re alone on your run?
Tom: Quite often, I think about past races, especially the epic ones…the sights and sounds, the people I’ve met, the hardships and successes. 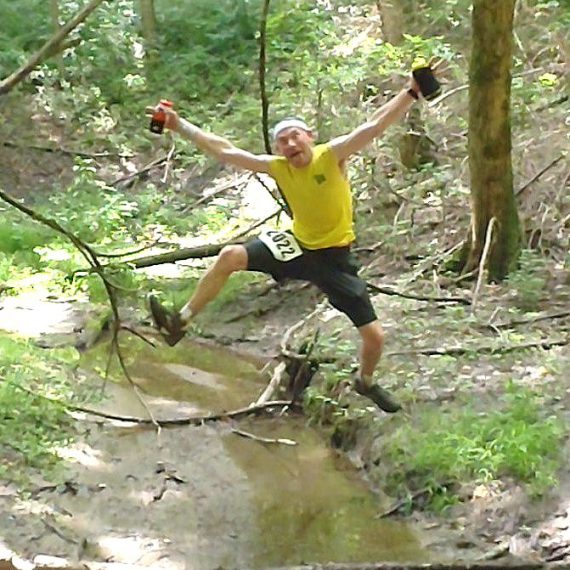