R4W: How do you stay motivated when you don’t want to run?
Krystal: I stay motivated by looking at my daughter and remembering how far I’ve come and how much further I have to go.

R4W: What has been the funniest thing that has happened to you preparing for, during, or after a run?
Krystal: For sure the funniest things involve having to use the bathroom in the middle of the woods! It never fails, I’m always nowhere near a bathroom 🙂

R4W: What training phase are you in right now (and when does it end?)
Krystal: Right now I’m winding down training for the Hennepin Hundred, which is on October 6th-7th. It’s my first 100 miler and I’ve been working very hard. Being a single mom and training for a 100 miler has been very challenging but at the same time very rewarding. I’m looking forward to the race! UPDATE: HUGE CONGRATULATIONS are in order!!! Krystal finished Hennepin 100 in 28:49:04!!!! 🙂 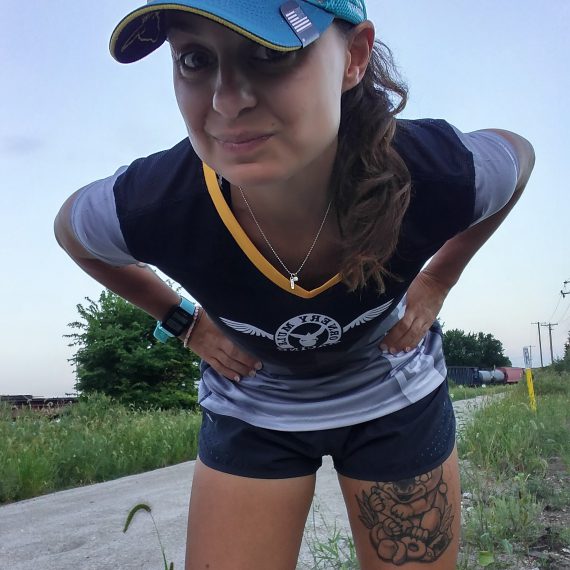